In the United States, the largest airports not necessarily provide the cheapest car rental deals.

The prices for car hire from Tucson Airport – TUS in Arizona are often considerably lower than, for example, at the much larger Los Angeles Airport LAX

Find the best rates on car rental in Tucson Airport

Tucson Airport near the border with Mexico
Distance from Tucson to Mexico border is approximately 68 miles. The airport is located in the southern part of Tucson very close to Interstate 19 highway, leading to Mexico (Nogales), as well as the Interstate 10 which passes through Tucson city centre and leads further on to Phoenix.

Count on a 20-30 minute drive from the airport to downtown Tucson. With just above 500,000 inhabitants, Tucson rates as the 33rd most populous city in the United States.

Cheap Ford Mondeo to rent in the US – here marketed as Ford Fusion, also available in the hybrid version, pictured above

The cheapest Tucson Airport rental cars usually cost from about £1500 for one week hire of an economy vehicle, such as Kia Rio, Toyota Corolla, Nissan Versa, Chevrolet Aveo or similar.

In most cases you will not pay much more, however, for a considerably larger Ford Fusion or a Chevrolet Impala. 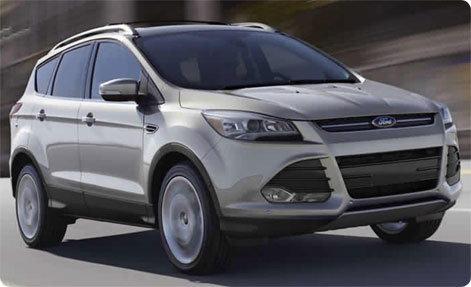 Convertible car rental in Tucson is also available. Do mind, however, that the extreme heat often experienced in Arizona in the summer is not always compatible with a pleasurable drive in an open top car, as for example Ford Mustang Convertible.

Hot in Tucson – up to 40 degrees Celsius in the summer
Although not as hot as the state’s capital, Phoenix, Tucson is one of the hottest cities in the United States.

The temperatures registered in Tucson in the summer season may be in fact shocking for the first time visitors from Europe. The ‘desert climate’ of Tucson makes winters, however, very pleasant. As explained in the video below, Arizona is a popular destination for vacationers in the winter.

Flights to Tucson, USA
Despite the international status of the airport,  the vast majority of flights at TUS are to domestic destinations. American Airlines, Delta Airlines, Southwest Airlines and United Express are the major carriers at Tucson Airport.