Serving nearly 13 milion passengers per year, it is the 7th busiest airpot in the UK. 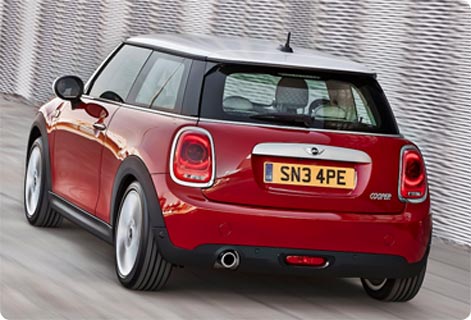 Car hire at the airport is widely avaialble and often cheap; find out more below.

Airlines and destinations at BHX
The airport marketed under the ‘Hello World’ slogan operates routes to Europe, North America, Middle East and India, as well as a limited choice of domestic flights.

As a hub for budget carriers Ryanair, Flybe and Monarch and the charter airlines Thomson Airways and Thomas Cook Airlines, the airport is especially popular amongst holidaymakers from the UK traveling to beach resorts of Spain, Portugal, Turkey and Greece.

Birmingham Airport is well connected to major cities in Europe, having particularly interesting offer of routes to Poland.

Domestic flights are available from Edinburgh, Glasgow, Newcastle, Aberdeen, Inverness and Isle of Man. amongst others.

Birmingham Airport car rentals
Car hire at the airport is possible from some of the largest global car rental companies, amongst them: Avis Rent A Car, Budget, Enterprise Rent A Car, Hertz Car Hire, National Car Rental and Sixt Rent A Car. You will also be able to find competitive deals  from low-cost suppliers such as Keddy, Easyrent or Interrent.

Although rental cars are readily available directly at the desk after the arrival, it is advisable to book your BHX car hire in advanced and preferably after having compared rates from different providers.

Internet search engines of car hire, such as Cartrawler UK, allow you to find the most competitive offers of car rental in many locations in the UK and worldwide.

The cheapest car hire deals at Birmingham Airport available on Cartrawler often start from around £60 for a 7-days rental of a small city car such as a Citroen C1, a Toyota Aygo, or similar.

A stylish Mini Cooper can usually be hired for approx. £130-160 for a week. Please note, however, that prices of this 'life-style' vehicles tend to fluctuate considerably according to the supply and demand. The most popular models, such as Mini Cooper S and Mini Cooper S Convertible are usually more expensive.

The best deals, however, are usually found in the mid-range classes of rental vehicles, as is the case of a VW Golf, a Hyundai i30 or a Ford Focus which is often available from around £90 for a week of BHX car hire.

Ford Focus, on of the best in its class (compact cars).

Should you be tempted by a slightly larger and more prestigious BMW 3 Series or Mercedes C-Class to hire at affordable rates, Birmingham Airport car hire offer is usually well worth exploring too.

Drive from Birmingham Airport - distances
The airport benefits from a privileged location in the centre of UK motorway network.

With a hire car at your disposal you will be able to drive easily and quickly to all the largest cities in UK. The approximate road distances and traveling time from Birmingham are:

The exhibition centre holds regularly events of international recognition, amongst them the British International Motorshow, Autosport International or Crufts Dog Show. The NEC’s LG Arena is amongst the busiest music venues in the world.

The National Exhibition centre is located right next to the airport, along the M42 motorway. If you are not hiring a car at the airport, the easiest way of getting from the BHX terminal to NEC is via mono-rail shuttle, the Air-Rail Link (AR) to the airport’s train station, the Birmingham International, which itself is connected to the exposition centre. See map.