Beauvais-Tillé Airport (BVA), located in a manageable distance from Paris, is a convenient stop for budget travellers in France. Cheap flights to Paris-Beauvais, as the airport is marketed by some of the airlines, combined with competitive prices of car hire services, make Beauvais Airport an interesting alternative to the main airports of the French capital, Paris-Charles de Gaulle and Paris-Orly. 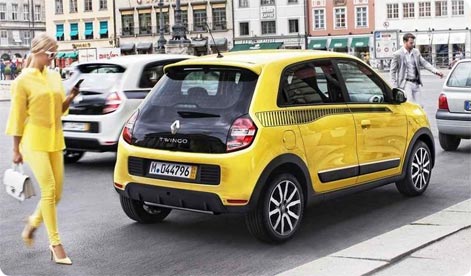 Beauvais Airport car rental companies
Car hire at Paris Beauvais Airport is available from a several large rent-a-car suppliers, such as: Citer, Alamo, Avis Rent A Car, Hertz, Sixt and Budget. Internet search engines of car hire, such as Cartrawler, allow you to swiftly compare car rental deals from many providers just with one search and to book the desired car online, in order to guarantee a competitive rate.

Cheap car hire Beauvais Airport – compare prices
The cheapest car hire offers at Beauvais-Tillé Airport, in the class of small city cars, such as a Renault Twingo, a Citroen C1 or similar are usually found with prices from around £10 for a week. If you need a larger car, Beauvais Airport car hire fleet offers a wide choice of vehicles, including all popular rental classes (as well as less common rental vehicles, for instance cargo vans – Ford Transit, Fiat Ducato High Roof, or similar).

It usually pays off to shop around before booking car hire at Beauvais Airport, as often there is only insignificant difference in price between lower and immediately superior rental classes. The popular Ford Focus, VW Golf or similar vehicle in compact class is often priced very similarly as cars in economy class, from around £140 for a week of Beauvais Airport car hire.

Travellers in need of a larger than standard vehicle are advised to book well in advanced. Beauvais Airport car hire offers include both minivans (in 5+2 version and full-size 7-seaters/MPV) and minibuses, which at the peak of tourist season, however, may come in a short supply. By booking early you may be lucky to find the cheapest minivans to rent from Beauvais Airport with prices from around £260 for a week.

Flights from the UK to Paris-Beauvais were available from Manchester (Ryanair’s seasonal route).

Beauvais Airport – distances
Although Beauvais-Tillé Airport is considered mainly a low-cost gateway to Paris, it may be also a convenient base for traveller heading to Normandy or further north, to Belgium. Below are approximate road distances from Beauvais Airport to some of the points of interest in Paris area and beyond: