This Maryland based airport was first opened in 1950 by President Truman. The airport was opened under the name Friendship International Airport.

In 2005 ‘Thurgood Marshall’ was added to the name in honour of the first African-American to serve as Justice at the Supreme Court of the United States. He was born and raised in Baltimore, Maryland.

Besides from being the largest airport serving the Washington Area, BWI has also been voted best airport of its size (15-25 million passengers). The recent numbers showed that Baltimore Airport was serving 22,312,676 passengers in one year.

Baltimore destinations and airlines
In BWI Marshall, the largest airline is Soutwest Airlines with a market share of more than 70%. That leaves little room for competition; however, there are plenty of other airlines that operate from Baltimore Airport, including Air Canada, American Airlines, British Airways, Condor and WOW Air, just to mention a handful.

A total of 17 airlines have departures from BWI to more than 75 destinations. The majority of the departures are domestic flights, but three of their destinations are situated in Europe; London-Heathrow, Frankfurt and Reykjavik-Keflavik.

BWI is the busiest airport in the Baltimore-Washington area when it comes to domestic flights. When it comes to international flights, Dulles International serves more passengers. Baltimore Airport’s busiest domestic route in the summer of 2014 was Atlanta, Georgia, where Delta Air Lines, Southwest Airlines and Spirit Airlines offer flights.

New routes from Baltimore will be implemented soon; Seasonal flights to Fort-de-France and Pointe-à-Pitre starting from December and in November a route connecting Baltimore to Liberia will be opened.

Things to do in BWI Marshall
Fear not, if you have a lot of time on your hands in Baltimore-Washington Airport. There are a handful of facilities, which can keep you busy or help with stress relief. If travelling causes a bit of stress, Baltimore airport has the perfect place for you; a meditation room. The meditation room is located between concourses D and E on the upper level, and it is a quiet place, where you can relax.

It is also possible to stretch your legs between flights with the BWI-Biker Trail. It allows you to take a bike ride around the airport. If riding a bike is not your thing, but you still would like to stretch your legs and get active, there is a BWI Cardio Trail as well. There are two routes in BWI Thurgood Marshall - both takes around 20 minutes to walk. The routes are designed American Heart Association to create awareness of the benefits of walking.

A Thurgood Marshall Tribute is also located in the airport, for those interested in the important Baltimore history. Thurgood was one of the leading civil rights activists in the history of America.

If you are traveling with pets, there are two Pet Relief Areas in the animal-friendly airport. Seating is available in the areas.

Transport to and from Baltimore Airport
There are many different ways to reach Baltimore Airport. The airport has before been ranked top 10 easiest airports to get to, because of the many possibilities. For starters the Amtrak from Washington (DC), Philadelphia (PA), Wilmington (DE) and Alexandria (VA) goes to Baltimore Airport.

Information about Metro can be found here

There are, however, more private options when needing transport to or from the airport. These include Shuttlebus service, pick-up service and car rental.

The shuttlebus service is handled by Bayrunner Shuttle or Supreme Airport Shuttle. Bayrunner drives daily routes to BWI Marshall from Ocean City, Ocean Pines, Salisbury, Cambridge, Easton and Kent Island on the Eastern Shore. On the Western Shore they drive from Grantsville, Frostburg, Cumberland, Hancock, Hagerstown and Frederick to Baltimore Airport. Reservations are made over the phone or per email.

Supreme Airport Shuttle drives 24-hours a day, but you will need to book your ride in advance. A ride from the Baltimore Airport to the Holiday Inn in Inner Harbour will approximately cost $33 for two.

Another alternative to public transportation is pick-up service. It is possible to call a limo or a luxury sedan to come and pick you up. The last pick-up possibility is taking a cab from the airport to wherever you need to go.

BWI Marshall has opened a facility exclusively for car rental companies. There are free shuttle buses from the airport terminal to the car rental facility in BWI. It is home for Avis, Alamo, Hertz, Budget, National, Dollar, NextCar, Enterprise, Payless Car Rental and Thrifty. However, Cartrawler cooperates with Alamo, Avis, Budget, Dollar, National and Thrifty in Baltimore. 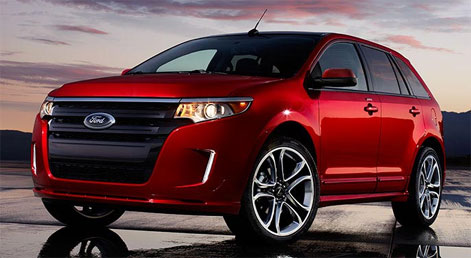 Cartrawler, an online search engine for car rental, searches for available cars in designated airports. The cheapest car for rent in Baltimore is typically the Kia Rio, or a similar car. After European standards, that is not a small car.

However, you will find many other interesting car rental offers in Baltimore Airport For instance, is it possible to rent the classic American car; the Ford Mustang Convertible. To many that is the all-time American muscle car.

In general the American car rental companies have larger cars than in Europe. The smallest rental cars available at Baltimore Airport are the size of the Kia Rio or the Chevrolet Aveo.