Benefit from cheap Athens Airport car rental rates available on Cartrawler Greece. Internet search engines of car hire, such as Cartrawler, allow you to save time as well as money on car rental throughout the world, by displaying prices from major rent-a-car companies in a chosen destination.

Apart from the convenience of being able to compare prices from many car rental companies through one quick search, the rates available online are often considerably cheaper than car hire directly at the counter. 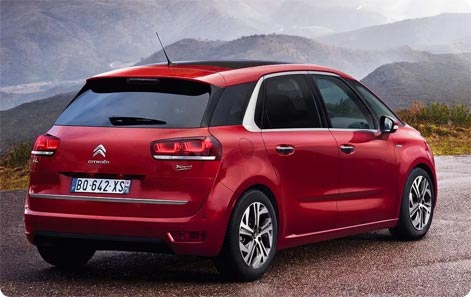 Inaugurated only in 2001 to replace Ellinikon Airport serving previously the Greek capital, Athens Airport offers its passengers fairly new and modern facilities. The airport comprises two terminals: the main terminal and the satellite terminal – see map. The terminals of Athens Airport are connected by a walkway.

Athens Airport is located approx. 20 miles south east from Athens city centre, by road (map), near the town of Spata. The geographical distance is much shorter, however due to the hilly terrain, the roads in this part of Attica (southern region of mainland Greece) are rather winding and it takes at least 30-40 minutes to drive from the airport to the city.

The official name of the airport is Athens International Airport “Eleftherios Venizelos”, in honour of a famous Greek statesman considered by many “the maker of modern Greece”.

Upon your arrival at Athens Airport you can choose from a variety of transportation solutions to get to the city centre as well as to the Piraeus Port, amongst them taxis (usually readily available in front of the terminal building, but watch out for scammers and inflated rates), by privately operated shuttles and by public transportation, including buses and metro.

Athens Airport metro
The airport of Athens is very conveniently connected to the city via dedicated line “Aghia Marina” (which continues further into the city centre as the blue line. See map of Athens metro.

The price of tickets starts from 8 euros per person on a one-way trip. Discounted rates apply for students, children, seniors and groups (more than one passenger).

Car hire companies in Athens Airport
Renting a car from Athens Airport is a convenient and often inexpensive solution for travelling independently in Athens, especially if you are visiting the capital of Greece outside of the peak season.

The cheapest Athens Airport car rental deals displayed on Cartrawler are usually available from the off-side companies which either provide shuttle transportation to their rental facilities or deliver the car to the airport by the company’s representative. All car rental offers presented on Cartrawler indicate whether it is a terminal pick-up, a “meet and greet”, or a shuttle bus transfer is required.

Athens Airport - cheap car rentals off-season
Outside of the busiest months for tourism in Greece, July and August, it is often possible to find Athens Airport car hire deals starting from approx. £ 80 for a week in the city car class and sometimes in the quite larger economy class. In the wintertime, the prices of fairly comfortable rental cars, such as Ford Fiesta, a Suzuki Swift or similar, may drop even lower, to around £60 for a week of car hire Greece.

Equally competitive deals can be found on Cartrawler in other rental classes, for example full size vehicles, minivans or SUV’s to rent at Athens Airport, in Greece.

UK flights to Athens
Athens Airport is an important hub for two Greek carriers: Aegean Airlines and Olympic Air. The flag carrier of Greece, the Aegean Airlines offers a large selection of year-round, as well as seasonal routes, to and from Athens, including services to London (Heathrow and Gatwick), Manchester and Birmingham.