Ancona Airport -AOI, also referred to as Ancona Falconara Airport serves the capital of Marche region in central Italy. The official name of the airport, located some 6 miles west of the city of Ancona is Raffaello Sanzio Airport, in honour of the Italian painter Raphael.

The proximity of the airport to major roads makes Ancon Airport a great starting point for exploring central Italy – the Marche region and beyond. It is only a bit over 1.5h drive from Ancona Airport to Perugia or to, for example, San Marino. See Ancona Airport location map. 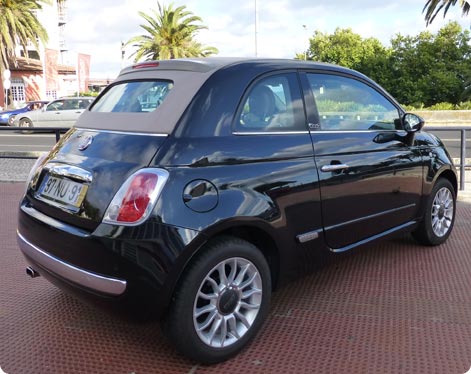 Ancona Airport car rental – cheaper with Cartrawler
Car rental in Ancona Airport is often substantially cheaper than in other, more popular tourist destinations in Italy, especially during the peak season. Even in July and August it is usually possible to rent an economy class car (a VW Polo, an Opel Corsa, or similar), from approx. £170 for a week. Please note, that outside the busiest summer months prices of Ancona rental cars decrease considerably. In late spring, for example, the cheapest hire cars in Ancona Falconara often start from around £80 per week.

In order to benefit from the most competitive rates on Italy car hire, try booking your rental with Cartrawler. The easy to operate online search and booking engine partners with many major rent-a-car companies in Ancona Airport, amongst them: Thrifty, Avis Rent A Car, Sixt, Europcar, Budget, Sicily by Car and Target Rent Italy. Apart from inviting prices of Ancona hire cars (often lower than rates quoted directly by the car hire companies), Cartrawler allows to carry a simle and safe online booking, once you have found an ideal offer. 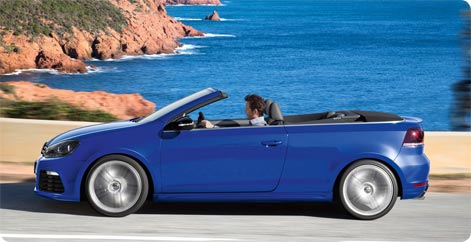 Open car rental: VW Golf Cabriolet (or similar cabriolet) in Ancona Airport is available from Sicily by Car amongst others

Flights to Ancona
Ancona is connected year-round to Rome-Fiumicino and seasonally, to Cagliari, Catania, Alghero and Trapani. On international route flights to Ancona are available from London-Stansted, Munich, Tirana, Charleroi and Barcelona.

Nowadays, Marche, which benefits from the wealth of landscapes and historic heritage is being appreciated more and more as a tourist destination in Italy, especially by those travellers who appreciate holidays away from tourist-crowds. Amongst major attractions of Marche is it beautiful Adriatic coastline, spotted with many excellent, well-kept beaches, a large part of which boasts the Blue Flag distinction. Pesaro, Porto Recanti, Portonovo, Civitanove Marche and Porto San Giorgio are just some of the many beach resorts of Marche coast.

Visitors exploring Marche’s interior will be stunned by the varied and unspoilt landscapes of the Apennine mountains which stretch along the western part of the region. For those interested in history, there are many historic treasures in Marche: Roman monuments of Fano and the charming medieval towns of Urbania, Recanti and Cingoli, just to mention some.