Planning to visit Jordan for business or on holiday? Find the best Amman Airport car hire offers online, via Cartrawler search engine. Book your Jordan rental car in advance to benefit from the best prices.

Amman Airport rental fleet includes many makes and models widely known in Europe. Above, Kia Picanto, one of the cheapest rental cars in Jordan.

The official name of the airport honours the Jordanian Queen Alia, a victim of a helicopter crash in 1977. Although the IATA code of the airport is AMM (from Amman), the abbreviation QAIA (Qeen Alia Internationa Airport) is also used frequently.

Car hire Amman Queen Alia Airport
Despite the exotic character of the destination, Amman Airport car hire services are perfectly on par with what is common in Europe when it comes to the choice of rental vehicles and their prices. In some case, cars in the lowest rental classes – mini and economy – are cheaper than the comparable vehicles available at the UK airports. The prices for a one week rental of a small city car in Amman usually start from about £110.

Also the car rental conditions, the standards for which are often set by large international rent a car brands, are not significantly different from what is the norm in Europe. The driver’s age (exempt from additional charges for ‘young drivers’) usually varies between 21 and 25, the mileage is in a vast majority of cases unlimited and the insurance – included in the price. 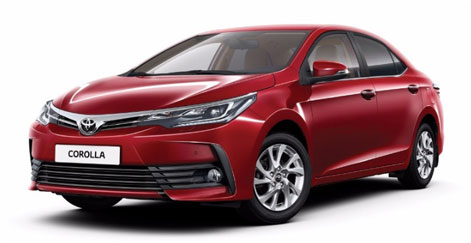 Toyota Corolla in the compact class; in the fleet of, for example, Budget at Amman Airport.

The refuelling policy may vary considerably between different suppliers. Some of the car rental companies that attract the customers with the lowest prices, apply the little practical ‘full to full’ policy which requires a gas station to be the first stop for the customer after receiving the car. The possibility to drop the car off with an empty tank is not much of an advantage, since it is very hard to use all of the fuel before returning the vehicle and no refunds are made by the car hire company for the fuel unused.

It is often a better choice to pay slightly more and hire a car with a much more transparent ‘full to full’ fuel policy.

The rental fleet in Jordan is not significantly different from what the UK car hire companies have to offer, especially in the economy, compact and standard classes. Even if the names of the available vehicles do not always sound familiar (for example Hyundai Eon or Kia Cerato), the cars are actually the same, or very similar versions produced for the local markets. 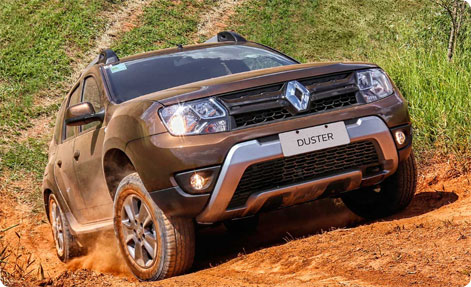 Renault (Dacia) Duster, popular in Jordan, will come in handy for the trips in the desert.

The most significant pricing difference is visible in the premium and luxury classes of Amman rental cars. In the culture of Jordan, much like of the other countries of the Persian Gulf, flaunting luxury as an expression of the economic status is often taken to extremes. The offer of luxury cars is destined to the affluent class of Arab businessmen and aristocracy and no bargains can be expected in this segment. Apart from prices ranging from high to very high, expect also considerable excess and, often, the requirement of two or more credit cards.

Amman Airport – new terminal, airlines and destinations
Queen Alia International Airport is located approx. 19 miles distance from Amman city center is considered one of the most modern and comfortable airports in the Middle East.

The airport’s new terminal, inaugurated in 2013, with ambitions to serve a major hub for the region was initially design to serve 7 million passengers per year. However, it soon became obvious that given the great interest in Amman, as a destination and as a connection hub, extension works were necessary.

The design of the canopy of Amman Airport was inspired by the Bedouin tents.

The implementation of the first phase of the airport development plan, only 3 years later, allowed to increase its capacity to 12 million passengers per year. The goal for the airport is, however, to serve, 16 million by 2023.

The airport is currently used by over 40 airlines, regular and low-cost, on Middle Eastern and European routes. The Jordanian flag carrier, Royal Jordanian – the largest airline at the airport – offers flights from Amman to the United States, Canada and several destinations in Asia.

Direct flights from the UK to Amman Queen Alia are available with British Airways and Roya Jordanian from London-Heathrow.

Find mor practical information about traveling to Amman on VisitJordan.