After landing at Alicante Airport, car rental desks are one of the first things you will encounter in the arrivals hall. 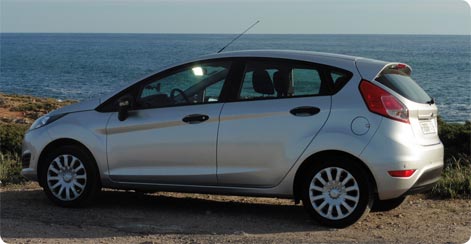 Ford Fiesta is one of the best rental cars in Alicante in the super mini class. © Photo: Find-cheap-car-hire.co.uk

With the help of an internet search engine Cartrawler it is possible to compare thoroughly Alicante car rental offer and book and ideal hire car well in advance of your Spanish holiday.

Alicante Airport information - cheap flights to Alicante
Alicante Airport - ALC is one of the major gateways to the southern coast of Spain.  It is located approx. 5.5 miles southwest of Alicante city centre, in the Autonomous Community of Valencia.

Alicante-Elche Airport is the official name, although the former designation, El Altet is still widely used in Spain.

The great majority of passengers arriving at Alicante Airport are tourists headings to the beach resorts of Costa Blanca. Alicante is well connected to the UK, Germany, Netherlands and Scandinavian countries.

Flights from the UK to Alicante are available from British Airways, as well as from several low-cost carriers, amongst them Easyjet, Flybe, Jet2 and Ryanair. Charter airlines Thomson Airways and Thomas Cook Airlines are also present at Alicante Airport.

Alicante in Costa Blanca - distances
Alicante, located in the centre of the Spanish coast, in the section known as Costa Blanca, makes for an excellent base for discovering southern Spain.

See a video-guide to the city of Alicante ant the surroundings:

Many of the best holiday resorts of Costa Blanca, Costa del Sol and Costa Brava are located within an easy access from Alicante. See below approximate road distances from Alicante:

See map of the Spanish ‘costas’.

Even in the high season it is often possible to find a fairly comfortable 5-door car, for example a Ford Fiesta, a VW Polo or similar, with prices starting from around £140 for a week of Alicante Airport car hire, usually including unlimited mileage.

Smaller city cars, such as Fiat Panda, Fiat 500, Ford Ka or similar are even cheaper to rent in Alicante. However, if you are more than two people on holiday and planning lengthy trips along the Spanish coast, this type of cars will not be the most comfortable as they offer a rather limited space.

Outside high season, the prices of Alicante hire cars drop considerably. Due to the surplus of fleet. In the spring, rates of around £30 for a week hire are not unusual.

Hire a convertible car in Spain
If you would like to make the most of the wonderful weather of southern Spain, consider hiring a convertible.

In Alicante Airport it is usually possible to find relatively well priced convertibles from approx. £ 340 for a week of car hire in high season. Opt for larger models, for example Renault Megane CC, VW Eos or Ford Focus CC, as they have more luggage space than

Despite the steep competition between large car hire companies as Alamo, Sixt, Goldcar or Sol-Mar at Alicante Airport, within the mid to superior range of hire cars, it is more difficult to find very attractive offers. 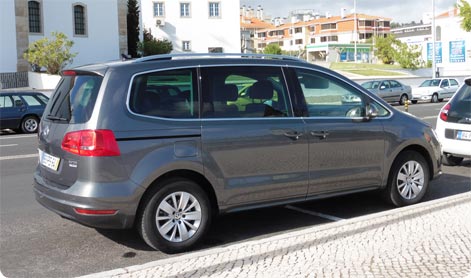 Additionally, as it often happens in popular summer holiday destinations, the prices of rental vehicles in Alicante Airport increase substantially as the summer season approaches. If you wait too long before booking Alicante hire car, you risk having to pay more. It may also happen, than once the tourist season has taken off, the only available cars are from higher rental classes, thus, also more expensive. In order to benefit from the lowest rates for car hire in major tourist destinations of southern Spain, carry your Cartrawler booking well in advance.

When renting a car in Spain, you will often encounter the ‘full/empty’ fuel policy, meaning that the rental vehicle is delivered to you with a full tank and should be returned with as little as possible fuel, while no refund is given for the fuel unused. This policy is not very beneficial to the customer, especially during short rentals. You can avoid, however, this type of offers by comparing the rental conditions on Cartrawler.