Nice is the fifth largest city of France and the second most popular French tourist destination, after the capital, Paris.

Thanks to its privileged location and mild climate Nice was a favourite winter retreat for wealthy northern European and aristocracy in the 19 century, gaining the status of one of Europe’s most fashionable destination, which it enjoys also today. The picturesque surroundings attracted painters, writers and artists of all sorts in search of inspiration, whose valuable work adds to the rich cultural offer of contemporary Nice. 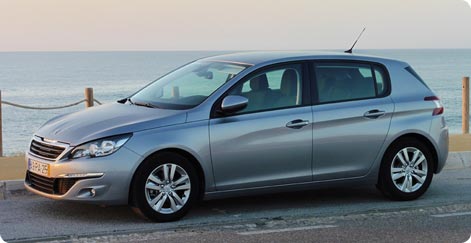 The mixed influence resulted in a specific, cosmopolitan atmosphere Nice enjoys today. More than a typically French city, Nice is rather a Mediterranean location, with strong influence of Italian culture in architecture and cuisine (for many years Nice was a part of the Italian Duchy of Savoy): pasta, for example, is still amongst favourite dishes in Nice’s gastronomy.

Visit the vibrant capital of Côte d’Azur and choose from a plethora of tourist attraction the city of Nice has to offer. Below are some suggestions of what to see in Nice.

Promenade des Anglais
The nearly 5 miles promenade, stretching along Baie de Anges is, by far, the most famous landmark of Nice. Promenade des Anglais, as it is known, or The Englishmen Promenade, takes its name from the English community which used to spend the winters in Nice, running away from the harsh climate of Britain. It was their initiative to build a walkway along the coast back in the 18th century.

Known for its beautiful views and elegant architecture, today’s Promenade des Anglais is a favourite location for both locals and tourist. The promenade lined with restaurants and cafés is a great place for a stroll in the sun, a run or a biking trip.

Vieux Nice – Old Town and Cours Saleya
The labyrinth of narrow streets, ochre coloured façades of the town houses and Baroque churches known as Vieux Nice (Old Nice) is an absolute must-see to any visitor in the French Riviera. Although packed with tourists, street performers, vendors, souvenir shops and cafés – in other words, everything that attracts tourism – this old quarter of Nice managed to remain a certain cozy and intimate character. No visit to Vieux Nice is complete without stopping at Cours Saleya square, the fruit and flower market, offering both local, Provençal produce as well as exotic goods. Cours Saleya is also an excellent place for a meal, with many restaurants lined along the square. In the summer visit Cours Saleya after down for an al fresco dinner: many of the restaurants use the sellers’ stalls as an improvised dining tables and the whole square becomes one large food court.

Nice Castle – Parc de La Colline du Chateau
Not much is left to see from the city’s original site, except from the ruins of the medieval castle in the past rising on hill overlooking the Baie des Anges. Nevertheless, it is one of the favourite locations for tourists in Nice, especially on hot summer days.  The lush greenery of the park spreading on the hill side provides shade and a moment of relaxation, well needed after a busy day of sightseeing. See the surprising waterfall and venture all the way up to the hill top to find the best view point of Nice. If the 213 steps staircase leading to the top of the Castle Hill seems challenging, you can use the elevator (entrance to be found  from Promenade des Anglais) or a guided “train tour”, available from  many tourist operators in Nice city centre.

Beaches in Nice – public vs. private
Contrary to what one might think of Nice, dubbed “The capital of the French Riviera”, beaches in Nice may be somewhat disappointing. Although the Mediterranean with its turquoise, fairly warm waters is, without a doubt a temptation for any beach goer, it is difficult to speak about relaxing by the water’s edge. The beaches of Nice are mostly pebbly and, during the summer season, extremely crowded. Please note, that leaving your things unattended on the beach while going for a swim is highly unrecommendable, since petty theft is common, much as in other “touristy” areas of Nice.

Travellers with more generous budgets have, however, a choice of private beach options in Nice. A fee ranging between 10-25 euros par day buys an access to beaches with showers, restrooms, lockers, loungers and parasols as well as bars and cafés serving proper meals. Not to mention a few layers of sand, with some of the beach concessioners added to the rocky surface to please the vacationers.

There are 15 private beaches in Nice, located along Promenade des Anglais, to satisfy different tastes.  Amongst the most popular are the Blue Beach and the Sporting Beach offering varied water sports and lots of entertainment. Nice Plage Castel is a much more peaceful location, while Plage Beau Rivage is known for the sophistication, of both facilities and clientele.

Holidaymakers travelling with children should be aware that Nice beaches are not the safest location for children, due to the abrupt drop of the sea bottom and rather strong currents.  View map of Nice beaches.

Have a glimpse of Nice beaches and the Promenade des Anglais:

Museums in Nice
Nice, which in the past attracted and inspired artists as Chagall, Matisse, Renoir, is today home to some of Europe’s most exuberant art collections. Amongst the many of Nice museums and art galleries are:

Matisse Museum
Located in the Cimiez neighbourhood of the city, the Matisse Museum is one of world’s largest collections of Henri Matisse, who sent much of his life in Nice and in Nice area. Visit the website of Musee Matisse in Nice.

Museum of Modern and Contemporary Art Nice
Known as MAMAC (short for Musée d’Art Moderne and d’Art Contemporain), the museum features works of important personas of European and American modern art, amongst them Alexander Calder, Niki de Saint Phalle, Yves Klein and Richard Serra, just to mention some. Apart from the permanent collection there are temporary collections with exhibits changing every six months, which will give you a chance to see something new every time you visit Nice. For a wonderful panorama of the city, don’t miss out on the opportunity to take a walk on the roof garden of the museum. Find more information on MAMAC website.

Villa Arson
Not only an art gallery, but also home to the National School of Fine Arts and research institute for modern arts, Villa Arson is open to public. Visit Villa Arson’s exquisite visual arts exhibitions and take art in the creative activities often held here. More information available on Villa Arson website (in French only).

The restaurants with two Michelin stars in Nice are: Le Chantecler in Le Negresco Hotel at Promenade des Anglais and La Chèvre d’Or located in Èzre, half way between Nice and Monte Carlo.

Distinguished with 3 Michelin stars the Le Luis XV-Alain Ducasse in Monte Carlo, in  12 miles distance from Nice is a unique experience for culinary connoisseurs, although a pricey one. A meal here cost between EUR 140 and 280 and bookings made well in advanced are required.

Car hire Nice
Nice makes also a great base for exploring the French Riviera; a number of world-renowned tourist destinations, such as Saint Tropez, Cannes or Monte Carlo are within a short drive from Nice. Tourist arriving to Nice via Nice Airport can choose from a vast offer of car hire services to be able to travel independently in Southern France. Car rental companies are also well represented in Nice city centre.