Warsaw weather during the year - winter, spring, summer and autumn in Warsaw, Poland

When thinking about weather in Poland usually ‘cold and cloudy’ comes to mind. There is a good reason for that, as the country lies in the temperate continental climate, exposed to the cold air fronts from Russia and Scandinavia which often bring moderate to extremely low temperatures.

The geographical location conditions also the number of sunshine hours in Poland, which in the winter can drop to as little as 1 hour and 40 minutes. 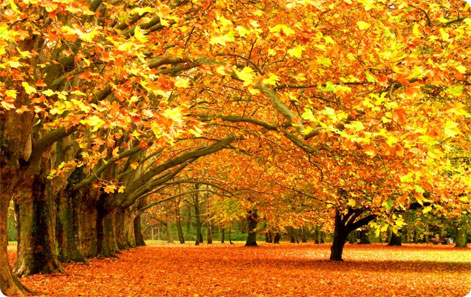 Warsaw parks in Autumn offer a unique spectacle of colours

It is a common misconception though to think that sun never shines in Poland and that it always cold. The seasons in Poland are very different to each other and a weather pleasant in its own, distinct way, can be experienced at different times of the year. Many first-time visitors to Poland are often surprised, if not shocked, by how warm the weather can be in the summer time.

Please note that Poland is a relatively large country, with varied  landscapes; there may be considerable differences in weather conditions between the Baltic coast in the north, the central plains and the mountain ranges in the south. This means you should always look for updated local weather forecasts. If you are travelling to Warsaw, please find below general information about what to expect in Poland’s capital at the different times of the year.

Warsaw winters
While the winter temperatures in Poland may easily drop to 15 degrees Celsius below 0, only very rarely you will experience this kind of cold in the city centre of Warsaw, a densely populated and heavily built up metropolia, which also struggles with a heavy traffic. The average temperatures in Warsaw in the winter are between -4° C and 6° C. Extreme cold, in the region of -20° is very rarely felt in the city, not unregistered though.

Days are very short during the winter in Poland, much like anywhere else at the same longitude and the snowfall is frequent. Do not expect, however to see much of the snow cover on the streets of Warsaw, as most of it melts almost immediately.

Enjoy spring weather in Warsaw
Starting from March, the first signs of spring make themselves very noticeable in Warsaw. As the days grow longer and the sun shines brighter, the city’s green areas come to live. The average spring temperatures in Warsaw reach around 12-13°C in April. It is not uncommon to enjoy temperatures of 20°C during the May public holidays. Do expect however considerable differences in temperature between the morning/night and midday. It is not uncommon for the temperatures to drop near the freezing point even in March.

The number of precipitation days is similar to winter, however the volume of rainfall increases. Count on an average of 8 daily sunshine hours in May.

Warsaw - summer in the city
The average temperatures during summer in Warsaw range from 22 to 25°C. While the nights are usually fairly chilly during the night, the temperatures at noon can easily reach 30+ degrees Celsius. June, July and August are the wettest months in Warsaw, in terms of the volume of precipitation. The rain, however, usually brings a well needed relief from the oppressive dry heat.

The Golden Autumn in Warsaw
The time of the year between September and November is often referred to as the ‘Polish golden autumn’ because of the magnificent spectacle provided by the leaves of the deciduous trees changing colour. Before the city immerses in the winter gloom, it multiple parks and green areas mesmerise the onlookers with different shades of yellow, golden, orange and red.

The temperatures during the day can still be fairly pleasant in September, reaching round 18°C. Do expect, however, crisp evenings and nights, with temperatures near the freezing point in November.  The days get shorter; only about 5 hours of sunshine are to be expected by the end of Autumn. The number of rainy days increases to an average of 16 in November.