The Thai Authorities are tightening the rules for smoking on some of the most famous Thai beaches.

Locals or tourists who are caught smoking outside the designated smoking zones on the Thai beaches are fined heavily, and in repeat cases, will risk a jail sentence for breaking the smoking ban.

Higher fines and tougher enforcement is introduced after 140.000 cigarette butts have been collected from an only 2,5 km / 1,6 mile long stretch of the famous Patong beach on the island of Phuket. 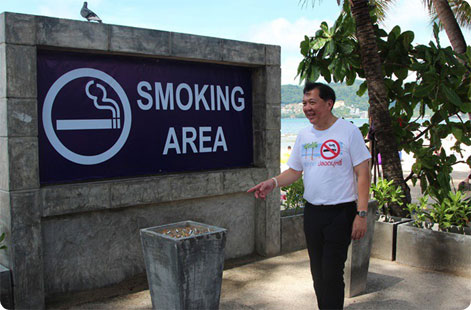 Thailand beaches smoking ban – which beaches?
The new increased fines for breaking the Thai smoking ban is in force on the following holiday hotspots:

Full list of beaches with smoking ban on the link below.

The smoking ban on Thailand’s beaches was introduced in November 2017. Authorities warn that from February 1st 2018, the ban will be enforced much more rigorously and fines will be issued.

Ban on electronic cigarettes also known as vaping – totally illegal in Thailand
For holiday makers travelling to Thailand, it is worth noting that all forms of the modern ‘vaping’ electronic cigarettes are highly illegal on the same level as using drugs in Thailand. In other words, it is a serious offense to use an e-cigarette or even to have e-cigarettes in your luggage or in your pocket.

In Western countries, the electronic cigarettes are considered a way for smokers to quit the very unhealthy, traditional cigarettes. In Thailand, this approach of ditching a bad habit, however, is not an option.

It is illegal to sell, purchase, use and even to bring electronic cigarettes into Thailand. Thai authorities view electronic cigarettes as contraband and it is considered a serious drug smuggling offence to even possess the E-cigarettes.  If a person is caught with vaping cigarettes at the border he or she should consider himself/herself lucky if the vaping equipment is thrown away and no charges are pressed by Thailand border police. 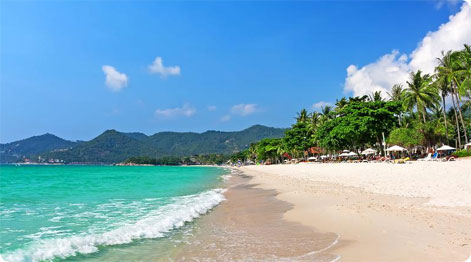 More visitors to Thailand in 2018
The Tourism Authority of Thailand (TAT) expects 2018 to be the best year ever for tourism in the Southeast Asian country.