Mykonos is one of the most cosmopolitan destinations amongst all of the Greek islands and mainland, being nicknamed of the “Greek Ibiza”. 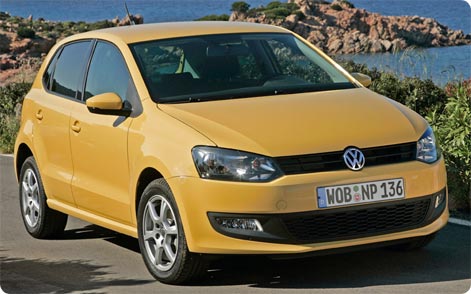 Mykonos belongs to the Cyclades in the Aegean Sea and is located between the islands of Tinos, Paros and Naxos.

Find Mykonos on the map of the Cyclades, Greece.

Common rental car models on Mykonos
The cheapest hire cars in Mykonos are usually found in the mini class, including models as Chevrolet Spark, Hyundai i10, Fiat Panda, Kia Picanto or similar.

The prices of these small city cars usually start from around £120 for a week of Mykonos car hire. However, a family of 4-5 people on holiday, travelling with the normal amount of luggage, may find this type of vehicles little comfortable or practical.

When there are more than three people travelling, it is usually a better idea to opt for a slightly larger vehicle from the economy class, for example a VW Polo, a Ford Fiesta, a Peugeot 208, a Fiat Punto or similar. Often there is only a small difference in price between the two classes and the comfort of travelling is incomparably greater.

It is rather difficult, though, to find very good deals within the most popular VW Golf rental class. Usually the cheapest cars from the compact class cost from around £200 for a week of Mykonos car hire, which is considerably more than in other southern European destinations. Should you wait too long with the booking for the summer season, you risk having to pay sometimes twice as much.

Large family cars – MPV/minivan class, such as Citroen C8, VW Sharan, Ford Galaxy, Ford S-Max, or similar, usually cost from approx. £280 for a week of Mykonos car hire, outside high season. Be aware, however, that prices of rental minivans in Mykonos increase sharply during the busiest months of July and August. Avoid the most inflated rates by booking well in advance.

Is it worth to rent a car in Mykonos?
Many tourists, especially the ones used to car hire for self-driven holiday, wonder whether they will be able to make a good use of their Mykonos hire car.

Mykonos is one of the smallest islands of the Cyclades and relatively easy one to get around in public transportation. Also, many of the tourist places in Mykonos are pedestrian-only zones, while parking zones on the island are scarce. Last, but not least, Mykonos is considered a rather expensive destination in Greece, the fact which also reflects on the prices of Mykonos car hire.

On the other hand, no other means of transportation gives you an equal freedom of moving on the island, at your own pace, appreciating the stunning landscapes and traditional white-washed arquitecture. Frequently, only a hire car and a kind advice from the locals will lead you to many unique places along Mykonos coast: secluded beaches and charming villages off the beaten tourist tracks.

Although a long term car rental at Mykonos may be turn out to be costly and altogether, unnecessary, a couple of days of Mykonos car hire will surely enhance you holiday experience on the island. If you are just visiting Mykonos for a day or two, car hire will allow you to make the most of your stay, without depending on taxis, which in the high tourist season come in a rather short supply in Mykonos.

Compare prices of Greece car hire – Mykonos car rental
Mykonos is not the cheapest location for car hire in Greece.

At the peak of the tourist season, in July and August , the cheapest car hire offers will normally start from around £200 for a week rental of a small city car, such as Peugeot 107, Citroen C1, Hyundai i10 or similar.

Slightly off-season, in September, for example, when the weather in Mykonos continues pleasant, the same type of a car can be found with prices starting from approx. £130 for a week of Mykonos car hire.

For best Mykonos car hire deals, use internet search engines, such as Cartrawler Greece, offering a comprehensive price comparison for rent a car services, in Greece or in thousands of locations worldwide.

Mykonoscar hire is available from a range of car rental companies, including major rent a car brands, such as: Avis Rent a Car, Hertz, Sixt, Europcar and the Greek Auto Union. Car rental stations in Mykonos can be foundin convenient locations at Mykonos Airport and in Mykonos Town.

Mykonos daytrip in a hire car – travel to Mykonos by ferry
If you happen to be spending your holiday on other Greek island, or in mainland Greece, Mykonos is a perfect destination for a day trip or a longer visit.

In the summer time there are daily ferry routes from Pireaus, Athens to Mykonos. The trip takes between 3–5 hours, depending on type of boat. Ferry connections to Mykonos are also available from other Cyclades and Dodecanes Islands, being the most popular: Syros, Andros, Paros, Santorini, Crete and Naxos.

Two ports of Mykonos
Please be aware that there are two ports in Mykonos. The old port in Mykonos town is used mostly for high speed catamarans and for short haul trips to ancient Delos.

Most of the ferries and cruise ships to Mykonos dock at the new Tourlos ferry port, about 1.2 miles north of Mykonos town. Shuttle bus service is provided between the town and the new port.

Jeep safari Mykonos - road trip in four-wheel-drive
The mild climate of Mykonos is perfect for driving with the hood down.

On the winding roads on the islands, a high ground clearance (i.e. distance between the ground and the chassis) is often an advantage, although you will have no difficulty driving a standard passenger car in Mykonos. 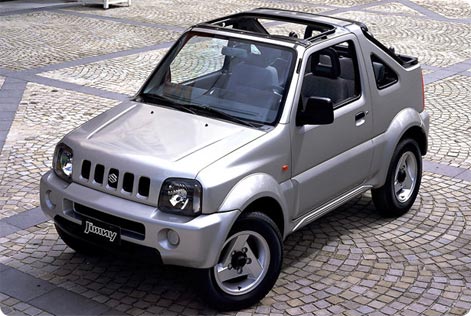 Sometimes, you will find a small Jeep-type car Suzuki Jimny or similar for rent in Mykonos for prices starting from around £250 for a week car hire from Mykonos Airport. Suzuki Jimny is a small four-wheel drive for 4 people, usually with removable hood.

Amongst the must-see of Mykonos are:

Mykonos Windmills
In the past, the Mykonos windmills were used for milling wheat from the island’s crops. Today, the windmills, open to visitors are one of Mykonos landmarks. Located on a hill, south of Mykonos harbour, the windmills can be seen fro every point on the island.

Little Venice Mykonos (Chora)
‘Little Venice’ is the name given to Alefkandra area of Mykonos Town, for its resemblance to the famous city in Italy. Little Venice with the colourful buildings and balconies hanging over the water is a very charming place and a popular spot for a romantic dinner at sunset.

Petros, the Pelican
The unquestionable symbol of Mykonos is Petros, a live pelican wandering the streets of the old town. In 1950’s a Mykonos fisherman ‘adopted’ a wounded pelican, which afterwards made Mykonos harbour its home for thirty more years, to the great joy of both locals and visitors. After Petros’ death, new birds, always named Petros, continued the tradition of Mykonos mascot.

You will not need a car for exploring Mykonos Town, as a great part of it is closed for traffic. For worry-free sightseeing, leave your Mykonos hire car on the large parking lot near the windmills area.

Trip to Ano Mera village, Mykons
Ano Mera village is the only major inland settlement of Mykons. Located in the very heart of the island, 4 miles east of Mykonos Town, Ano Mera is well worth a visit, either as a day trip destination, or as a short stop on your way from Mykonos Town to Lia and Kalafati beaches on the southern coast.

Some of Mykonos’ best restaurants can be found in Ano Mera and the island’s two monasteries, Panagia Tourliani and Paleokastro are situated in a short distance from the village.

Mykonos beaches in a hire car
The diversity of beaches in Mykonos is one of the reasons to hire a car on the island, as public transportations doesn’t reach all of the coast locations.

Beaches in Mykonos will suit every taste and mood. Along the island's coast tourist will find hidden, romantic inlets, quiet family beaches, as well as busy and loud party hotspots, bursting with fun day and night.  All of Mykonos beaches share one trait: turquoise, warm waters of the Aegean Sea.

Find Mykonos beaches on the map.

Mykonos diving sites
Mykonos is one of the prime destinations for diving in Greece. There are several diving centers offering recreational diving and training for both PADI and CMAS certification levels.

If you are travelling with your own scuba equipment in Mykonos, a hire car will definitely come in handy, as great Mykonos diving sites are found all along the coast.