Stazione Centrale di Milano, also called Milano Centrale, is the major railway station in the city of Milan. It functions as a crossroad junction for the train trafﬁc in the central parts of Southern Europe and is the second largest railway station in Italy after the Termini station in Rome.

Designed by architect Ulisse Stacchini, Milano Centrale is a trully majestic structure. Joined up to a colossal marble station, 200m wide with motifs scrolls and eagles' wings ﬁxed on the walls, it is one of the most iconic buildings of Milan. 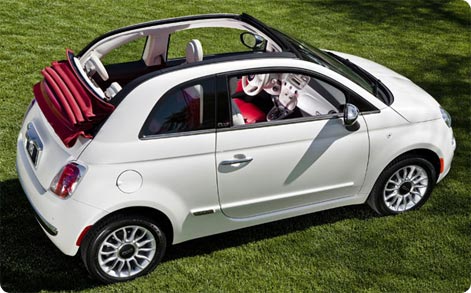 Restaurant, shops and other services at Milano Centrale
Besides being a tourist attraction itself, Milan Central Station offers a variety of services to travellers.

At the station one can find several restaurants, cafes and fast food chains, a post office, tourist information, hi-tech store, travel agency, beauty shops and car rental. In fact some Milan residents even do their shopping here due to the vast selection of fashion and clothing stores.

Rental cars are, in most cases, readily available on your arrival to Milano Central. However, can benefit from the most competitive rates on Milan car hire by booking in advance and preferably, after comparing prices from different providers. Internet search engines of car hire Cartrawler, available at www.find-cheap-car-hire.co.uk is an useful tool allowing you to find the most competitive deals of Milan Central Station car hire.

Occasionally, it is possible to find quite competitive prices for prestige makes in the Golf class. Offers of an Audi A3, or similar, with prices from around £160-180 for a week of Milan car hire are not unseen on Cartrawler.

Above an Audi A3 Sportback with 5 doors

Travellers in need of a large hire car for the whole family in Milan can choose from a variety of minivans, The 7-seaters to hire in Milan are not, however, the cheapest and it often pays off to check the prices of even larger vehicles. Often a Peugeot Expert 9-seater, a Mercedes Vito Traveliner or similar, are cheaper than a full-size 7-seater (MPV) to hire in Milan. In order to achieve the best rates in a 6-, 7- or 9-seaters car hire in Italy, it is recommended to book well in advance. 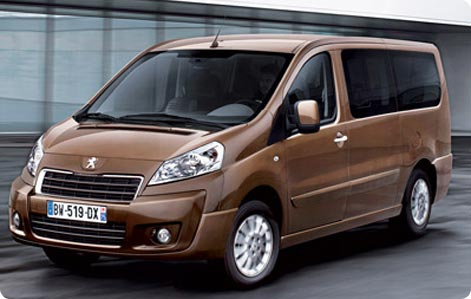 TrenItalia, or Ferrovie dello Stato is Italy's national train line handling the majority of railway traffic. Italotreno is a fairly recent company operating a limited number of routes (Turin to Salerno stopping in Milan and Venice to Naples).

Every platform of the station is assigned to a particular route, which usually make it very easy to write the right train. National routes operated by conventional rail at Milano Centrale are available to Bologna, Turin, Naples and Rome amongst others. High-speed rail, known as Freccia Rossa (named after the red trains) links Milan to Rome, Naples, Turin, Padua and Venice.

Please note that in Italy you can also travel on high-speed trains known as Freccia Bianca, which stop more frequently before reaching the final destination.

See a video-guide to travelling by train in Italy:

Travelling from Milano Centrale to Malpensa – Malpensa Express
There is a dedicated train service available from Milan Central station to Malpensa Airport.

If you are going from Milano Centrale to Linate Airport, combine the underground transportation (Milan metro from Milan Central Station) with bus 73 departing from Piazza S. Babila to Linate.

Some of the closer attractions are the famous Pirelli Tower (Grattacielo Pirelli), which is a 32-storey skyscraper by architect Gio Ponti from 1958 or, for example, the beautiful Porta Venezia which is one of the historical gates of the city of Milan. The gate dates back to the 19th century but its origins can be traced back to Medieval times and the Roman walls of the city.

If you have more than just a couple of hours head into the center of Milan and see the Duomo, the Castello Sforzesco, and the Galleria Vittorio Emanuele. You can get to all three of these at the Duomo stop on the metro.