Car hire is a great (and inexpensive) way to enhance your Kos Island holiday experience.

As most of the Greek islands, Kos offers a wealth of tourist attractions, beyond the limits of your beach resort. Ancient Greece monuments almost “at every corner”, beautiful landscapes, pristine beaches and traditional villages with real Greek tradition and, not lest important, cuisine, are available for tourist in Kos, within a short drive from any major holiday locations on the island. 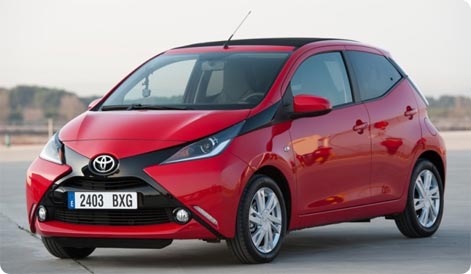 The cheap (especially when booked well in advanced) car hire in Kos is a good alternative for taxi or public transportation services on the island.

Kos Island - facts and figures
Kos, also spelled as Cos, is a part of the Dodecanese islands in the south-eastern Aegean Sea, approximately 3 miles of the Bodrum coast of Turkey.

‘Dodecanese’ in Greek means ’12 islands’ and Kos, measuring around 25 miles in its widest part and about 5 miles in the thinnest, is the third largest island of the group (after Rhodes and Kaprathos) with a total area similar to the one of, for example, York.

Around 30.000 permanent residents live on the island, most of them in the major city and the capital, Kos town.

The major gateways to the island are Kos International ‘Hippocrates’ Airport and Kos Ferry Port.

Find Kos Airport and Ferry Port on the map of the island.

Car rental stations can be found at Kos Airport, in Kos Ferry Port and in several locations in the centre of Kos town.

Major car hire brands, such as Avis Rent a Car, Alamo, Budget, Hertz and Europcar offer their services on the island of Kos. Greek car hire companies in Kos are represented by Kosmos Rent a car and Autoway Rent a Car.

With the help of an internet search engine of car hire offers, as Cartrawler, it is possible to compare car hire rates from many rent-a-car suppliers in Kos. Usually the cheapest car rental offers start with prices from around £70 for a week of Kos car hire.

Kos driving – roads in Kos
Kos has quite decent network of roads, fully sufficient to get on wheels to every place of tourist interest on the island.

One major road stretches inland, across the island. Travelling from the capital, Kos town in the north-east to Kefalos, in the south-west, at the opposite side of the island takes less than an hour and the distance to cover is approx. 34 miles.

Smaller, secondary roads exist in great quantity in Kos, especially in the northern part. Themountainous south of Kos island, however, is not as easily accessible by car. In general, Kos roads are in good conditions, well signposted and out of city and town centres, free of intense traffic.

While driving in Kos town may be sometimes a challenging task, due to the shortage of parking space and the traditional architecture of narrow, winding and many times one way streets, a road trip in Kos countryside is a truly relaxing experience.

A very large hire car in Kos may prove to be too big for easy driving in the city traffic. Small and medium size rental cars in Kos are adequate for both city and countryside trips.

Tourist attractions Kos Town
The Old Quarter of Kos Town is best to visit on foot.

If you are staying is Kos, do relay on your hotel parking. If coming from Kefalos or other holiday resort of Kos, look out for a big public parking at the outskirts of the city near Odeon and Casa Romana.

See the map of Kos downtown (click to enlarge).

The oldest part of Kos town, founded in 399 BC, is practically one large archaeological site, with well preserved monuments of both Greek and Roman architectonical and cultural influence. Amongst the most recognizable Kos landmarks are the Castle of Neratzia build by the Kinghts of St. John, the excavation sites of the Ancient Agora (Market) and Casa Romana, the Roman Baths and the Ancient Stadium.

The most famous historic figure of Kos history was Hippocrates, considered the father of modern medicine and several memorials to the physician can be found in Kos. In the shade of the old plane tree, in the very centre of Kos town, according to the legend Hippocrates used to teach. Today, the ancient tree (although, very unlikely 350 BC kind of ancient), whose branches have to be supported by scaffoldings is one of the main attractions for visitors to Kos.

Hippocrates is also remembered in the Hippocratic Museum and in the Asklepieion, once a sanctuary and medical school, today one of Kos excavation sites. Asklepion is situated 2.5 miles southwest of Kos town centre, but all the other above mentioned sites are found within a short (500 meters) walk from each other.

Kos villages – daytrips in a Kos hire car
A Kos hire car will be put to a good use for discovering the island’s hidden treasure: the traditional villages of Kos.

In spite of the booming tourism, many of Kos villages managed to retain their original, unspoiled character; they are a mix of surprisingly rich historic heritage combined with cosiness and tranquillity of the Greek countryside.

The villages along the coast (Mastichari, Mamari, Tigaki) are especially popular due to many white sanded-beaches and good facilities for water sports.

A road trip to the inland villages of Asfendiou, Pyli and Antimachia offer a possibility to admire the stunning views: the greenery of olive grooves, the Mountain Dikeo hillsides and unique historical sites, old churches, monasteries and fortresses.

Among the most popular Kos festivities are the carnivals of Pyli and Kefalos, held in February or March, the religious celebrations of Presentation of the Virgin in Kefalos in November, the Mastichari’s feast of Aghios Ioannis in August and the festivities of Aghios Georgios in April.

In July and Agust the Hippocrateia Festival is celebrated on the streets of Kos town with and live concerts, traditional Greek dancing and all sorts of out door performances.

Not to miss out on during the month of August are also two events, very popular with tourists: the Mastichari Wine Festival and the Honey Festival in Antimaxia.

Drive to best Kos beaches
Kos Island offers a wide choice of beaches. Tourists who decide to rent a car in Kos usually like to try out different locations along the Kos coast.

See the map of Kos beaches.

Amongst the most popular beaches of Kos are:

The best time to visit Kos is between May and September. Out of the peak of summer season the weather remains pleasant, while the prices of accommodation and Kos car hire decrease.