When travelling to Greece, keep in mind the public holidays, listed below, as during those days the public services, as well as most of the businesses will be closed.

Tourists in the most popular resort areas, however, will be less affected as many private tourist-oriented businesses remain open, even during bank holidays. 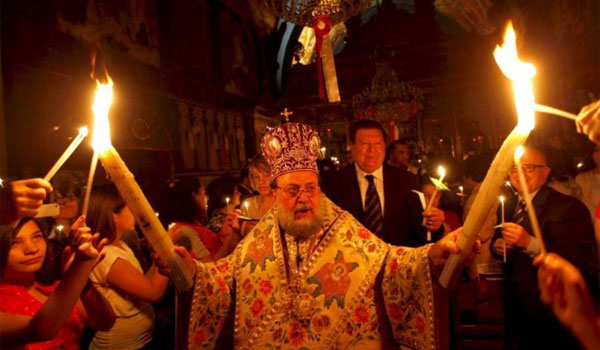 Orthodox Easter is one of the most important celebrations in Greece.

Please note that Greek orthodox church follows the Julian calendar and Greek Easter, as well as some other important religious festive days may fall on different days than in the western (Roman-Catholic) church.


Please note that fixed-date holidays always celebrated on Sunday, such as Easter Day or Whit Sunday are often left out of official lists of bank holidays in Greece where all Sundays are considered bank holidays.

The Ochi Day – National holiday Greece
Celebrated on 28 of October, the Ochi Day (also spelled as Oxi) is by far the most important demonstration of the Greek patriotism. Ochi Day commemorates Greece’s rejection to surrender to the Axis forces during WW II.

On 28 of October 1940, the Greek Prime Minister Ioannis Metaxas said firmly “No!” (“Ochi” in Greek) to Benito Mussolini’s ultimatum and refused to allow the Italian troops to march into Greece. The Metaxas was massively supported by the Greek nation, the attitude which many historians believe might have influenced the course of the war.

Find out more about the Ochi Day (Oxi Day) history:


Ochi Day is celebrated with parades and public gatherings throughout the whole Greece, as well as amongst the Greek communities living abroad.

Other popular celebrations in Greece (not bank holidays)
Apart from the ones included in the list above, a few other occasions call for public celebration in Greece, although do not have a status of a bank holiday. Those include:

The Feast of the Three Holly Fathers (or Three Holy Hierarchs) – 30 January
On every January 30th, Greece celebrates the life and teachings of Basil the Great, Gregory the Theologian and John Crysostom, the influential figures of the early Church (known in Roman Catholicism as Doctors of the Church). The celebrations include dedicated services in churches and get-togethers amongst local communities.

Once a glamorous feast, with the gardens of the Presidential Mansion open to public, The Restoration Day has been removed from the list of official public holidays due to the economical crisis. Official ceremonies, on a smaller scale, are still held in Athens and locally across the whole of Greece.