The cities in Italy and Bulgaria – Matera and Plovdiv, respectively - have been selected to host the prestigious title of the European Capital of Culture in 2019. 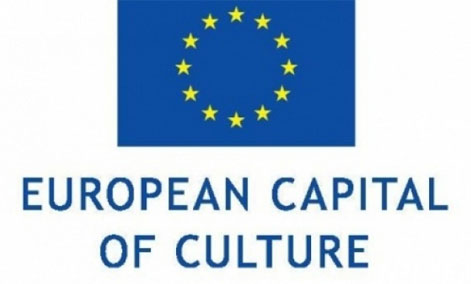 Owned by the European Commission, the logo of one of the most important cultural initiatives in Europe has been proudly displayed in so far 58 cities of the EU member as well as candidate states.

European Capitals of Culture 2019 – Matera and Plovdiv
A UNESCO World Heritage site since 1993, the city of Matera, with only 60 thousand inhabitants is not short of historic and cultural treasures. The capital of the Basilicata region in southern Italy, Matera is one of the oldest inhabited cities in the world offering unique insight into what a city life looked as far as back in the 10th century.

The major attractions of Matera are the historic Sassi disctricts – Sasso Caveoso e Sasso Barisano – partially carved in to the slopes of a canyon. Do not miss out on the Rupestrian Churches of Matera and the spectacular cathedral from the 13th century.

Bari Airport is the nearest international airport, approx. 40 miles distance from Matera. A larger choice of international routes is offered by Naples Airport, 150 miles away.

Matera shares the privilege of having the international attention with the Bulgarian city of Plovdiv.

The second most populous city of Bulgaria, with a population of over 500 thousand, is home to over 200 archaeological sites and monuments, which includes ancient Roman theatres, medieval walls and fortresses, Ottoman mosques and public baths and beautiful examples of the Bulgarian Renaissance architecture.

The city has its own airport with a limited selection of international routes. The much larger, Bulgaria’s main Sofia Airport is located in a 90 miles distance from Plvodiv.

The key objectives of the initiative were to showcase the cultural diversity of Europe, to nurture the spirit of belonging to a common cultural area and sharing common values and to highlight the importance of culture in the development of the cities.

Urban revitalisation, the improvement of the profile of the hosting cities on international level as well as among the inhabitants and boosting of the tourism were the major benefits for all of the European capitals, experienced both short and long-term.

30 years of the European Capital of Culture:

The candidates for the title apply 6 years prior the title-year. The applications are assessed by the panel of international experts in the field of culture according to the criteria specified by the European Commission. The candidates are judged based not so much on the historical assets as on the cultural activities planned for a given year. The decision is announced 4 years prior, leaving enough time to prepare and implement the title wining projects.

As it can be seen in the table above, until 1999 the title of the European Capital of Culture was awarded to only one city each year. The ‘Millennium Year’ of 2000 during which the distinction was shared by 9 cities, including ones from the countries who were still only candidate-members, changed that tradition. Nowadays there are two European Capitals of Culture and starting from 2020 this number will be increased to 3.