Menorca, the second largest island of the Spanish Balearic Islands, has long established itself as a popular destination for holidaymakers from the UK.

Menorca Airport, the main gateway to the island, receives a large number of flights from several British cities, such as London, Bristol, Liverpool, Manchester, Leeds/Bradford and many more. UK routes to Menorca are available from both regular and low-cost carriers, amongst them Ryanair, Easyjet and Jet2. 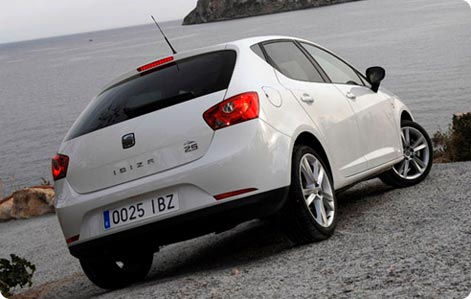 Combine cheap flights with competitive offers of Menorca car hire to maximise your holiday experience. Find below a few tips on Menorca car rental and a short guide on Menorca sightseeing.

Internet search engines of car hire, such as Cartrawler, allow you to compare thoroughly prices from many rent a car companies operating on the island.

For the most competitive car rental deals in Menorca, book well in advance and preferably outside of the high season. In late May, for example, when the weather in Menorca is already very pleasant, the cheapest car hire deals can usually be found her with prices starting from approx. £80 for a 7-days rental of a small city car, often a Fiat Panda, a Toyota Aygo or even a Fiat 500. 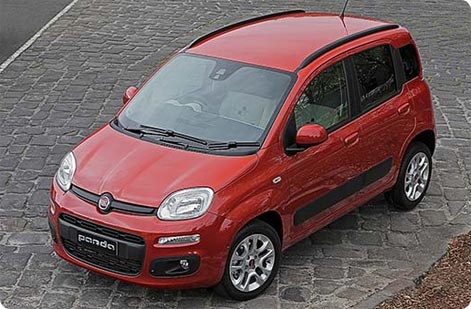 Read more about weather in Menorca further below.

Menorca facts and figures
The capital of Menorca, Mahón, locally known as Maó, is located in the eastern tip of the island. The other major city of Menorca, Ciutadella de Menorca is situated on the opposite, western shore.

The population of Menorca (permanent residents) is estimated in nearly 95,000 .

A large number of smaller towns and villages is scattered along the Menorcan coast.

The island known in Spanish as Minorca is named because of the contrast with the much larger Majorca. However, it is still of a rather considerable size. The total area of Menorca is around 700 km2 / 270 sq mi (which is approximately the size of the Anglesey Island). The longest distance between two opposite point on the islands, Ciutadella de Menroca and Mahón is 47 km / 30 miles, by the major road on Menorca, the Me-1.

It takes approx. 50 minutes to drive from Mahón to Ciutadella. You will need more time, though to explore Menorca off the main road. A number of secondary roads lead to all of the places of interest on the northern and southern coasts of the islands, allowing you to put to a good use your Menorca hire car.

Menorca driving
Tourists from the UK, especially the ones not used to the right hand side traffic, should not have major difficulty driving in Menorca, as outside the big city centres the roads are not too crowded. Generally, you should expect well surfaced and signposted roads in Menorca, as well as rather friendly local drivers. In the larger cities of Menorca, however, the traffic gets heavy during rush hours. If you would rather not be stuck in traffic jams during your holiday, avoid driving in Mahón and Ciutadella city centres.

Best beaches of Menorca
Menorca offers a variety of beaches to suit every taste. It is said that there are more beaches on Menorca than on Majorca and Ibiza together.

There is, however, a distinct difference between Menorca and the other two Balearic islands: Menorca is much better suited for a quiet holiday. The island encourages sustainable tourism, protecting, as much as possible, the natural landscapes and original coastline. You will not find in Menorca high-rise architecture or large clusters of hotels by the coast. Instead, there is an amazing array of beach locations to choose from, ranging from well developed beaches, to small secluded coves. An own means of transportation or hire car is the best way to discover Menorca coast in a relaxed manner.

Amongst the most popular beaches of Menorca, called here “cala” are: Arsenal d’en Castell Bay, Binibeca, Cala Blanca, Cala Macarella, Son Bou, Punta Prima and Es Grau, although it is hard to point to “the best” one, as it is very much a question of taste.

Weather in Menorca
Due to the fact that Menorca is the northernmost of the Balearic Islands, the climate here is slightly cooler than in Majorca or Ibiza.

The highest temperatures on Menorca, usually registered in August, rarely ever exceed 28 degrees Celsius, but the ‘summer season’, with temperatures above 20 degrees last from May till late September. This means that even outside of the busiest months of July and August, you can still enjoy a fairly pleasant weather on Menorca, together with lower prices of tourist services.

The winters in Menorca are mild, with occasional showers and temperatures rarely ever dropping below 7 degrees Celsius, in the coldest January and February.

Amongst the most visited Mahón sights is the picturesque Old Town, featuring original colonial architecture. In the historic quarters of Mahón, there are many pedestrian shopping areas, where you can also find a choice of the finest Menorcan restaurants. A curiosity: the name mayonnaise comes from a sauce, salsa mahonesa (or maonesa) widely used on the island already in the 18th century.

To find out more about Mahón’s history, visit the excellent Museo de Menorca displaying artefacts from the prehistoric era, as well as a fine art collection.

Mahón is located in one of Europe’s largest natural harbours and a fun way of getting to know the city is a boat trip around the harbour. Outside of the strict historic centre, the La Mola Fort at the mouth of Mahón harbour is well worth visiting.

Ciutadella de Menorca – St. John’s Feast
The city of Ciutadella, on the west coast of Menorca was the first capital of the island, having thrived in the 17th century.

In spite of loosing its status of the island’s capital, Ciutadella continued to be the religious capital of Menorca. The 13th century cathedral of Ciutadella is one of the most impressive monuments of Menorca and the Saint John the Baptist’s Feast, or Fiesta de San Juan, attract great numbers of visitors every year.

The ritual of St. John’s festivities, unchanged since the Middle Ages, include parading a well groomed sheep (the symbol of St. John the Baptist) on the streets of the city, a parade of the locally bred horses and a show of medieval games, distributed along the 3 days of the festival. The Menorca patron saint celebrations are held on 23 and 25 of June.

The most interesting archaeological sites of Menorca feature the monuments of the Talayotic culture, thriving on the islands between 2000 and 500 BC. The megalithic structures of the Talayotic origin, found well preserved in Menorca include talaiots – buildings made of large stones and taulas, T-shaped monuments used, probably, for religious or astronomical purposes.

Talayotic sites are scattered all across Menorca, being the most important the Naveta d’Es Tudons burial site, located in the western part of the island, pn the Mahón-Ciutadella roada, approx. 4 miles from Ciutadella.

Monuments of Talayotic Culture of Menorca (also found in Majorca) are a candidate for UNESCO World Heritage.

Apart from the obvious water sports – sailing, diving, surfing, windsurfing and kayaking – a variety of outdoor activities is available on land.

The landscapes of the rather flat island (the highest peak of Menorca is Monte Toro, rising 359 meters above sea level) invites to hiking, cycling and horse riding amongst the unspoilt nature. See an example of a Menorca horse riding company.

Menorca, a UNESCO Biosphere Reserve, has one national park, five nature reserves, on e marine reserve and 19 (!) natural areas of special interest. Bird watching is a popular activity in the wetlands of the S’Albufeira d’es Grau Natural Park.

Menorca diving
Of all Balearic Islands, Menorca is considered to be the best scuba diving location.

Exceptional diving sites of Menorca include the Malakoff Wreck (an artificial reef, abounding in different species of fish and molluscs) and the Pont d’En Gil Cavern. On the northern coast of Menorca, by the bay of Fornells, divers will have a chance to experience the purest marine ecosystems: the part of the northern coast stretching west of the Fornells Bay is a marine reserve.

See some of the species inhabiting the Malakoff wreck:

There are a number of scuba diving schools offering Padi diving courses and certificates, a large majority of them owned or/and run by British.

Surf Menorca
Menorca is sometimes referred to as the Windy Island, because of the tramuntana winds sweeping the island from the north, especially during the low season. Amongst the best surf and windsurf spots of Menroca are: Santo Tomas and Son Bou on the southern coast and Cala Tirant in the north.

Kayaking and stand up paddle surfing are growingly popular water sports in Menorca, being an excellent way of exploring the many wonders of Menorcan coast from a slightly different perspective.

Minivan car hire Menorca
If you are travelling to Menorca with your own large dimension sports equipment (bicycles, surf boards, etc..), the best solution is often to hire a minivan. 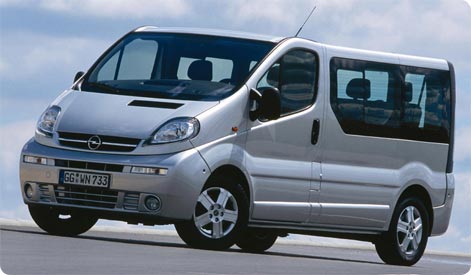 Rental minivan Menorca - here an Opel Vivaro with capacity for 9 people, including the driver

Outside of the high tourist season, yet already with a comfortable weather, in May, for example, prices of the cheapest minivans to hire often start from around £170 for a week car hire from Menorca Airport.