The calendar of public holidays and work free days in Canada is fairly complicated.

The world’s largest country by area, Canada is divided in 13 provinces and territories, all of which have autonomy to establish holidays of the religious, historic or cultural origins.

Common for the entire country are only 5 public holidays. The Canadians themselves refer to them as ‘stats’, from ‘statutory holiday’.

See below the list of Canada public holidays in 2019 and 2020 common for the whole country (stats), as well as local holidays in some of the provinces/territories.


In the majority of the Canadian provinces, when a public holiday (statutory holiday) falls on a weekend day, it is celebrated on the closest workday, usually Monday.

The employees may be required to work on a statutory holiday, receiving however an additional free day or being paid at premium rate (1.5 to 2 times the regular rate).


Victoria Day
Despite the fact that Canada severed the ties to Great Britain in 1867, becoming an independent country, according to the constitution, the British monarch remains Canada’s Head of State. The country pays tribute to monarchy on Victoria Day, established in honour of Queen Victoria’s birthday. Queen Victoria reigned until 1837.

Victoria Day in Canada is marked by joyful celebrations. Since this holiday falls on the Monday before 24th of May (the exact birthday of Queen Victoria), the long weekend , with usually pleasant weather is often spent outdoor. Those who didn’t travel out of town, gather at open air parties, parades and dances. The day culminates in firework displays. 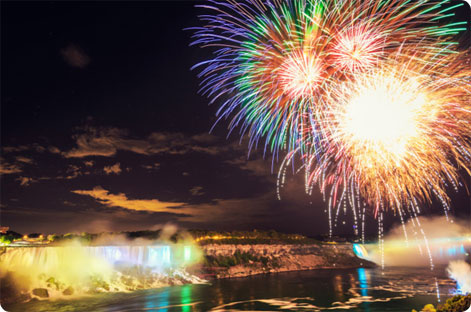 Remembrance Day Canada – 11 of November
Observed in the Commonwealth of Nations on 11 of November, the Remembrance Day honours the lives of the soldiers lost in the line of duty. The celebrations are held on the anniversary of the armistice signed by Germany and the Entente which officially ended World War I.

The Remembrance Day is a work-free day for federal employees in the majority of the Canadian provinces, with the exception of Quebec and Manitoba.

March break – a 5 day long interruption in school activities in March allows for a much longer holiday than just a prolonged weekend. The dates for the March school break are flexible.

Canada – provincial holidays
Apart from the statutory holidays common to the entire country, the Canadian provinces and territories celebrate may add other dates to their calendars of work-free days.

Ontario – public holidays
The most populous of Canadian provinces celebrates the following:

Optional holidays in Ontario are:

British Columbia holidays
In the westernmost province of Canada the work free days are: