The main railway station of Madrid is located in the very city centre, in the Atocha neighbourhood. The Spanish name of the station is Madrid Puerta de Atocha.

Madrid Atocha connects the Spanish capital to most corners of Spain. 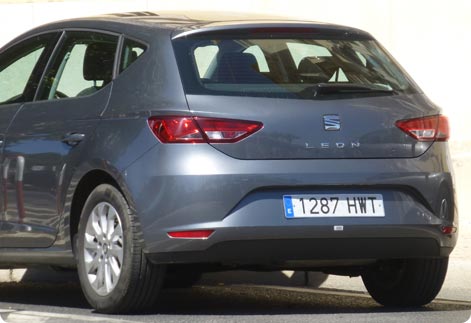 Cheap Madrid hire car with plenty of space – a Seat Leon can be rented in Madrid from, for example, Budget, Europcar or Avis. © Photo: Find-cheap-car-hire.co.uk.

Local trains, Cercanías, bring people to and from work in the center of Madrid. High-speed AVE trains from the Spanish national railways Renfe are available at Madrid Atocha to major Spanish cities, amongst them Barcelona, ​​Zaragoza, Seville e Valencia.

The busiest train station pod Madrid is very large, resembling rather a medium-sized airport. The main building of Atocha Station has historical value; its oldest parts and especially the original façade date back to 1892. 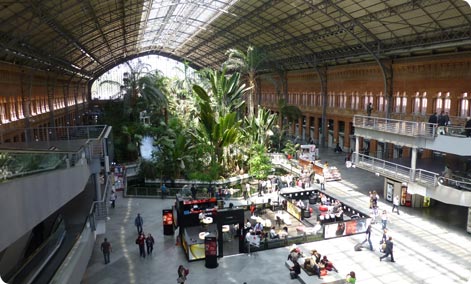 Car hire from Atocha Train Station (central Madrid)
With the well developed network of high-speed trains, spreading over most major Spanish cities, railway is a relatively cheap alternative to flying or driving to Madrid.

Travellers who require further means of transportation upon arrival to Madrid, can choose from a variety of car hire services available at Atocha Station. The combined railway and car hire way of travelling is popular not only amongst tourist but also business people arriving to Madrid, Europe’s fourth largest city. 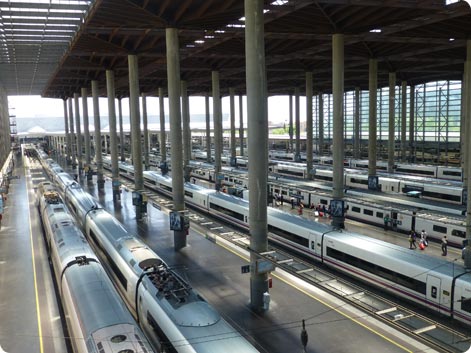 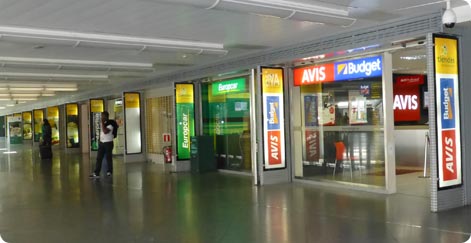 Goldcar Madrid car rental
Car hire in Madrid Atocha area is also available from the Spanish car rental provider Goldcar, with offices located at Calle Tortosa 10, in a short distance from the station. Goldcar is a fast growing car rental brand in Spain, present also in several other holiday destinations in Southern Europe. Despite the often advertised low rates on rental cars, however, Goldcar services can sometimes turn out to be quite costly, due to the company’s not always clear fuel policies. High fuel charges added to the price of the rental have been an unpleasant surprise to quite a number of Goldcar’s customers.

Cheap car hire Madrid Atocha
Madrid car rental can often be made relatively cheap, especially if the booking has been made in advance. Booking Madrid car hire, even if only few hours ahead usually brings better results (price-wise) than hiring directly at the desk. With the help of internet search engines of car hire, such as Cartrawler, it is possible to shop around and compare, without much effort or time spent, car rental deals from many different rent a car companies in Madrid Atocha or in many other convenient locations in Madrid.