The largest of the seven Canary Islands, off the coast of Africa, Tenerife is a popular choice for a beach holiday amongst the sun-seeking tourists from northern Europe. Spectacular coast, calm, clean waters and pleasant year round weather add up to an astounding variety of beach locations in Tenerife; from large and busy beaches, to secluded, to secluded sandy bays and secret coves; from luxurious, gold sand beaches to exotic, black-sand shores typical for the volcanic Canary Islands.

To make the most of your stay in Tenerife use a local guide to lead you to the “off the beaten track” beaches or hire a car and explore the coast of the island on your own. 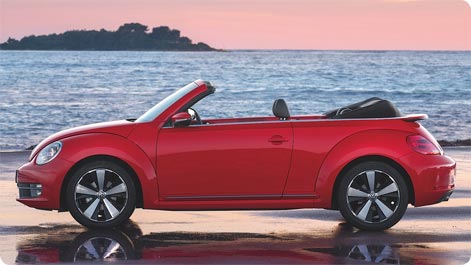 In Playa de las Americas area, tourist will find several beaches, many of them “upgraded” with white sand brought from the desert of Sahara. Playa de las Americas beaches offer excellent facilities (showers, changing rooms, emergency post, etc.) and an infinite choice of beach activities. Water sports equipment (for snorkelling, diving, surf and alike) is available to rent and jet ski, banana boat rides and catamaran or boat cruises along the coast are just some of the fun things to do in Playa de las America.

The beaches of Playa de las Americas have a good number of waterfront restaurants and cafés for a lunch or snack during the day and multiple discoes, bars and nightclubs as well as two casinos open all night through.

Los Cristianos
Nights are much quieter in Los Cristianos, another popular tourist resort of Tenerife, often chosen by families with children, older tourists and, generally, anyone looking for a peaceful holiday. The main beach of Los Cristianos is located in a sheltered bay, which makes its waters much calmer than elsewhere on Tenerife and safer for swimming.

Amongst activities available for tourists at Los Cristianos beach are boat cruises, diving and fishing trips, as well as ferry trips to the nearby La Gomera Island. La Gomera is a fairly small and isolated island, known for a spectacular scenery and wildlife – a perfect destination for hikers, birdwatchers, or simply tourists looking for relaxation in peaceful surroundings.

The main beach of Los Cristianos neighbours the Las Vistas Beach, located in the next bay. Las Vistas is a long, sandy beach with a characteristic tall water fountain in the middle of it. The beach offers excellent facilities for disabled people.

After the day spent on the beach it is worth to take a stroll in Los Cristianos old town. Unlike the purpose built resort of Playa de las Americas, los Crisitianos has a charming historic centre with plenty of pleasant cafés and small stores.

Costa Adeje – Playa del Duque and Fanabe beaches
The coast of the Adeje municipality, despite its proximity to two major tourists resorts of Tenerife, enjoys fame of a destination somewhat more sophisticated than its Playa de las Americas and Los Cristianos. Luxury hotels, elegant rental villas and pricey restaurants abound in Costa Adeje and golf seems to be a favourite off-beach leisure activity.

Costa Adeje is a great place for families with children. Tenerife’s best amusement parks - Siam Park and Aqualand are located here and most of Costa Adeje beaches cater for the needs of the youngest holidaymakers. For extra fun with children in Costa Adeje try the La Pinta beach which has a spectacular inflatable water playground.

Costa Adeje, Playa de las Americas and Los Cristianos resorts are located within a 15 minute drive distance from the main airport of Tenerife. The Tenerife South Reina Sofia Airport, or Tenerife Sur, is by far the best location to hire a car in Tenerife, offering a great choice of car rental deals and, if booked well in advance, very competitive rates.

It is also possible to rent cars in Costa Adeje. Get quotes for Costa Adeje car hire here

Los Gigantes – a black sand beach of Tenerife
Having at your disposal means of transportation in Tenerife, do not miss out on opportunity to visit another spectacular beach location on the western coast of the island. Los Gigantes, a small holiday resort situated approximately 20 miles drive distance from Playa del Las Americas, offers dramatically different settings than the beaches of southern Tenerife. Much like other of the Canary Islands, Tenerife was formed by volcanic eruptions, a result of which are the black volcanic rocks and black sand beaches to be found in several places along the island’s coast.  The beaches of Los Gigantes are probably the most picturesque example of this phenomenon.

The name Los Gigantes, meaning “The Giants”, refers to the massive black rock cliffs rising 500 meters high along the cost. The cliffs, do not only provide one of the most spectacular backdrops on Tenerife coast, but also shelter the resort and the beaches from wind, making it surprisingly “cozy”. The beaches of Los Gigantes are small, but usually uncrowded. The black sand is surprisingly soft and the waters of the sheltered bays - calm. A number of leisure activities are available on the beach, including dolphin and whale watching trips, jets ski and kayak rentals, as well as day trips to la Gomera.

Please note that Los Gigantes area is very hilly and not suitable for tourists with mobility problems.

In a short walk distance from Los Gigantes there is the neighbouring resort of Puerto de Santiago, and slightly further south, the lovely Playa de la Arena:

Best beaches of northern Tenerife - Puerto de la Cruz and Lago Martianez
The northern coast of Tenerife is not an obvious choice for a beach holiday in the Canary Islands. It is slightly cooler here than in the south and rain is more frequent, especially in the winter months. As a result, the north of Tenerife is also much greener than the south and much more diverse in terms of landscapes, offering perfect settings for a road trip. This doesn’t mean, however, that beach-lovers will not find any friendly locations here.

Puerto de la Cruz is the major resort in Tenerife’s north, much appreciated by Spanish tourists who avoid the crowded southern coast. Playa Jardin (the Garden Beach) is amongst the most beautiful beaches of Puerto de la Cruz. The black-sand beach is protected by a semi-submerged breakwater and landscaped semitropical gardens spread on a vast area just next to the beach.

Playa Jardin gardens, much like the rest of the Puerto de la Cruz coast bear a strong influence of Cesar Manrique, a Lanzarote born architect and artists who designed many landmarks of the Canary Islands, amongst them the artificial lake, Lago Martianez, also located in Puerto de la Cruz. Lago Martianez is a complex of salt water pools which a characteristic fountain in the middle, an interesting alternative to the beach, allowing to enjoy the ocean without strong currents and rocks, so typical to Tenerife’s northern coast.

Amongst other beaches of Tenerife’s northern coast (all of them black sand) worth mentioning are Playa de San Marcos, west of Puerto de la Cruz and Playa Bollullo, to the east from the resort.

Thanks to the breakwater stretching through the whole length of the beach, Playa de las Teresitas waters are very calm, safe and perfect for a paddle. The palms growing along the beach give it almost a Caribbean-like look.

There are no hotels or high-rise apartment buildings anywhere near Playa de las Teresitas and the beach hardly ever get crowded, maybe with the exception of the weekends, when locals arrive to this location, still fairly unknown to mass tourism.

Beach facilities include plenty of sunbeds, restrooms and showers, as well as a choice of bars and restaurants in a short walk distance from the beach.

One of the two international airports serving the island, the Tenerife North Airport (formerly Los Rodeos) is located in a 15 minutes drive distance from Santa Cruz.

Which car to rent on Tenerife - guide to cars for hire from low cost suppliers
TheTenerife car rental industry is dominated by low cost car rental companies like Interrent, Budget, Goldcar and also the local Orlando Rent-A-Car has a large presence on Tenerife.

Guide to cheap car rental Tenerife – what to look out for
In general, the downside from renting a car from a so-called low cost provider can include:

Please read rental conditions before booking. Sometimes, when as a customer you need some extras, the offers from Hertz, Europcar or Avis actually turn out to be cheaper.

Car guide - Tenerife low cost rentals
Please find below a list of vehicles from some of the largest, and frequently the cheapest, car rental (low cost/discount) companies in the airports of Tenerife. 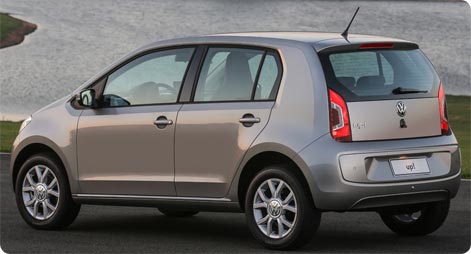 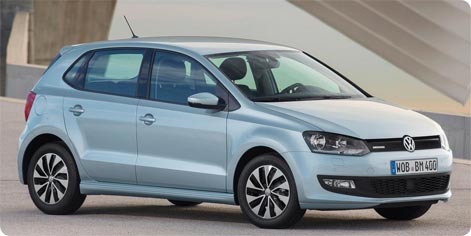 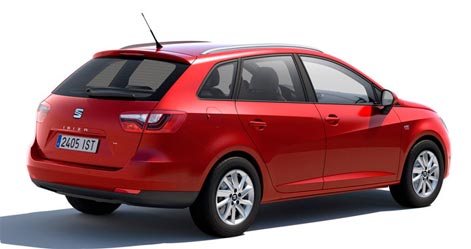 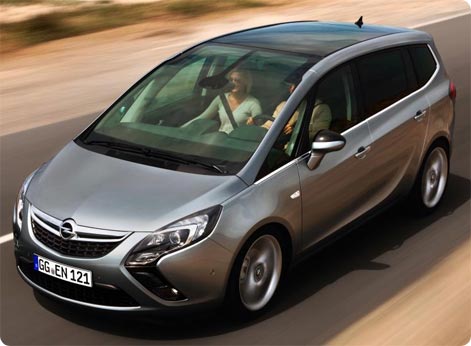 Rent an estate car in Tenerife

Please note both Kangoo and Berlingo have sliding doors for easy entry.

Worth to know about car hire offers on Tenerife
For the best rates, always book your car rental as early as possible.

Should you find a cheaper offer later on www.find-cheap-car-hire.co.uk, you can always change to the better offer. Chances are, however, that the early online car rental offer is by far the best one. Car rental company Interrent on Tenerife has mostly smaller cars available.

Please note that all make and models can vary within the same supplying company. The above offerings are the most likely cars for rent at each low cost car hire company on Tenerife as per spring 2015.

All companies quote 'or similar' when describing their fleet of cars. This is fully acceptable as long as the car class/type, equipment and number of seats corresponds to the offer supplied. If for instance diesel-engine has been promised (not so common on Tenerife), the car supplied has to be a diesel. The same goes for automatic transmission, air condition or other specific equipment.