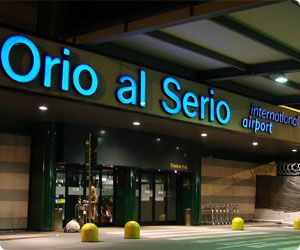 The low-cost airport of Milan, in Italy, is known under many names, amongst them: Bergamo Airport, Orio al Serio Airport or, officially, Il Caravaggio Airport.

The airport is located in a considerable distance of approx. 31 miles north-east of Milan city centre, in a commune of Orio al Serio and near the city of Bergamo. The predominant airlines at the airport are the low-cost carriers Ryanair and Wizzair and the busiest international route - London-Stansted. Cheap flights from UK to Milan-Bergamo are also available with departures from Birmingham, East Midlands, Manchester, Leeds/Bradford and Glasgow-Prestwick, all with Ryanair.