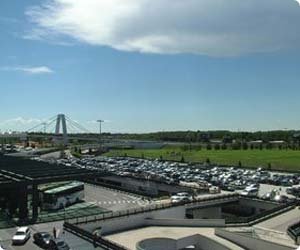 Milan Malpensa is the second busiest airport in Italy, after Rome Fiumicino, operating a vast selection of domestic and international routes. From the UK, flights to Milan Malpensa are available with British Airways (departures from London-Heathrow), with Easyjet (from London-Gatwick and London-Luton) and with Flybe (from Birmingham, Cardiff, Southampton and Manchester). Low-cost traffic at the major Milan airport is handled in Terminal 2, also referred to as Milano Malpensa 2.

The airport is located 27 miles north-west of Milan city centre in the province of Varese.