Nice, the capital of the French Riviera, is on of the most popular tourist destinations in France second only to Paris. For travellers who would like to explore Côte d'Azur more thoroughly, Nice can be also a great base for day trips to such iconic locations as Cannes, Saint Tropez or Monaco. Below are a few tips about car hire in Nice Airport and city centre.

Hire a car in Nice - also possible to find cheap car rental in Nice city centre
Rent-a-car companies in Nice, France can be found in Nice Airport, in Nice city centre and on the famous Promenade des Anglais that stretches all the way from the airport to the old part of Nice.

See current prices for Nice car rental from the airport

In the centre of Nice, you are likely to need a GPS to find your way driving your own car as this part of Nice has a large number of one-way, rather narrow streets. 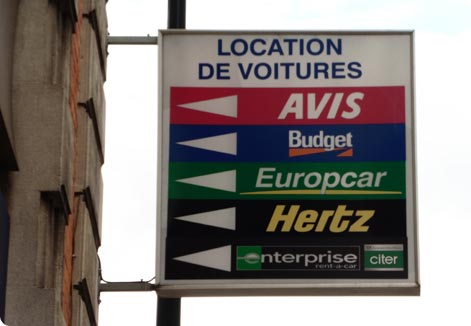 Still, if you want to learn to know the old part of Nice with its many different neighbourhoods, vast choice of ethnic restaurants and grand old buildings, check into a hotel in Old Nice. There are plenty around to choose from and most have underground parking for guests (at a, usually, reasonable price, but always at a price). 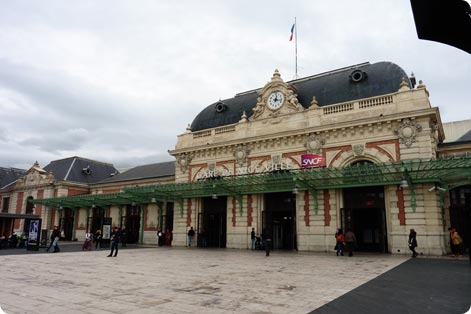 If you want to rent a car in Nice city centre, the railway station at Avenue Thiers (Gare de Nice-Ville) close to the main shopping street next to old Nice  is where to go. The main shopping street in Nice is called Avenue Jean Medecin and is normally closed for traffic except for trams, but possible to cross by car.

It is possible to hand back your rent-a-car keys in key-boxes at Nice railway station in the rental car annex/wing. 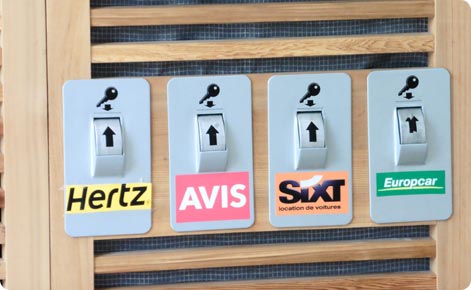 In general, the rates for renting cars in Nice are very reasonable.

As in most French destinations, the majority of cheap cars for hire in Nice are the home-grown makes of Renault, Citroen and Peugeot. Although French vehicles account for the majority, you may be able to choose also Volkswagen, Opel or Ford cars at the counter. The cheapest car for rent in Nice is frequently a small Citroen or Peugeot. 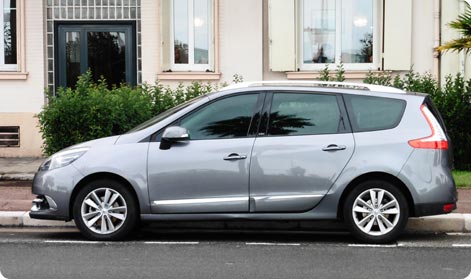 If booking more expensive vehicles for rent in Nice, Audi and BMW are the preferred cars for hire in Nice Airport as well as in other Nice locations.